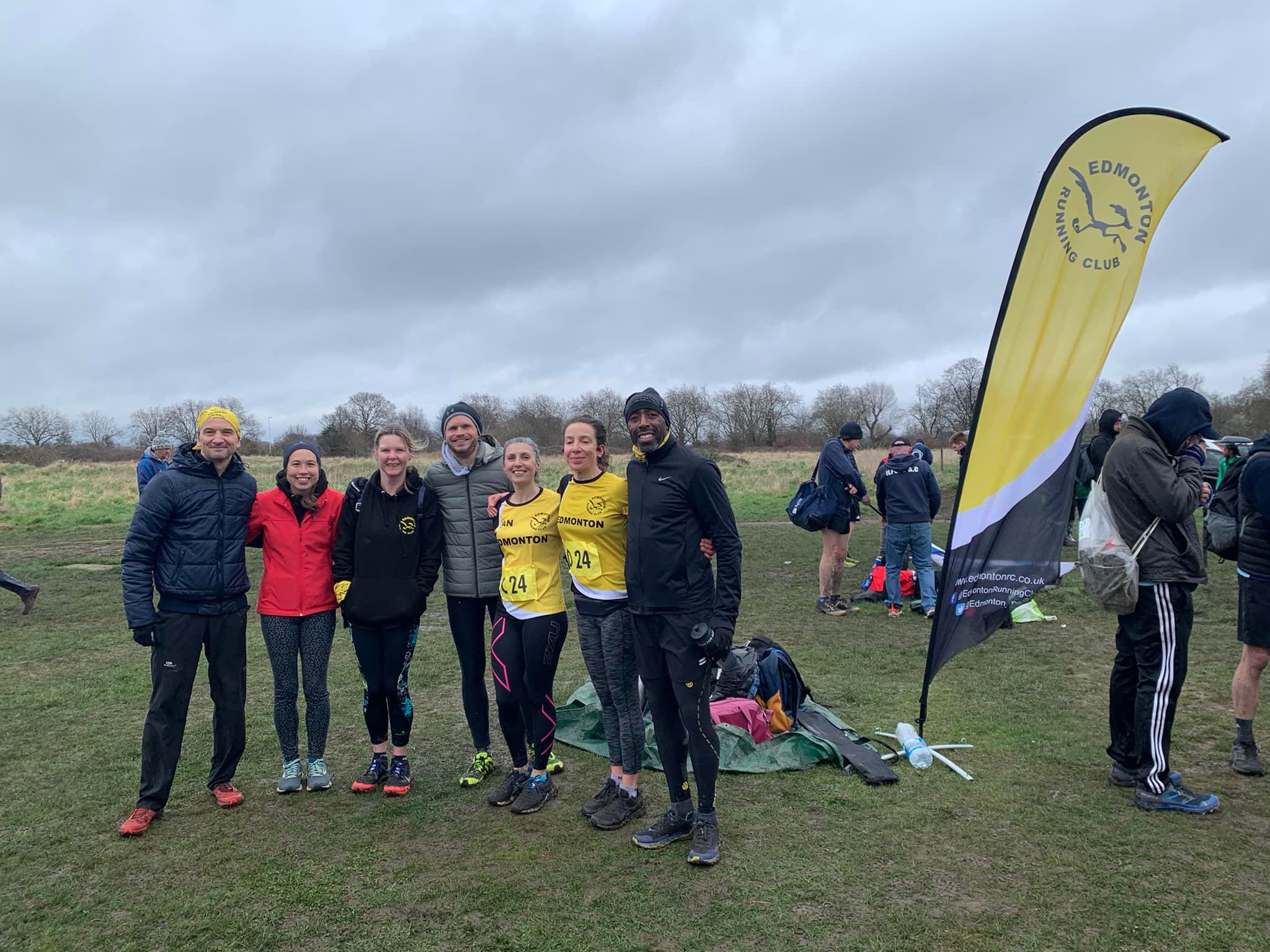 Team ERC met up for the final race of the Chingford League cross country season. Everything was on a knife edge with the ladies team fighting relegation and on the day the men’s team seemingly one short of having the necessary numbers to lodge a result. Nerves were tingling and then Austen showed at the last minute to a crescendo of claps as with four runners we had enough to runners for both the ladies and men. Our teams were organised into order for the relay, which involved each runner taking over from the prior runner in a funnel at the start line.

After the first runners came through the sense of foreboding increased as there were tales of shoes nearly being lost in what seemed like foot deep mud. At least there were no hills. There was lots of encouragement and excitement. Would our ERC ladies prevail and survive the drop? How would Jan get through the mud (she managed and ran a remarkable time)? Katie and Dora decided before hand to run exactly the same time, which was some feat. Helen battled bravely and came through strong. Our ladies did us proud and indeed stayed up. A fantastic team effort.

Where would our men place with some terrifically fast runs by our indomitable Ilia and James. Michael kept up the great times passing the baton to Austen. Austen’s main goal was to try to keep the ERC average high enough to get a creditable placement knowing that he was somewhat slower than the other ERC male runners. The ERC men average 15 minutes 16 secs across the four runners for the 3km course. ERC is all about our teams and fast or slow we encourage and support. The occasion was enjoyed by all.