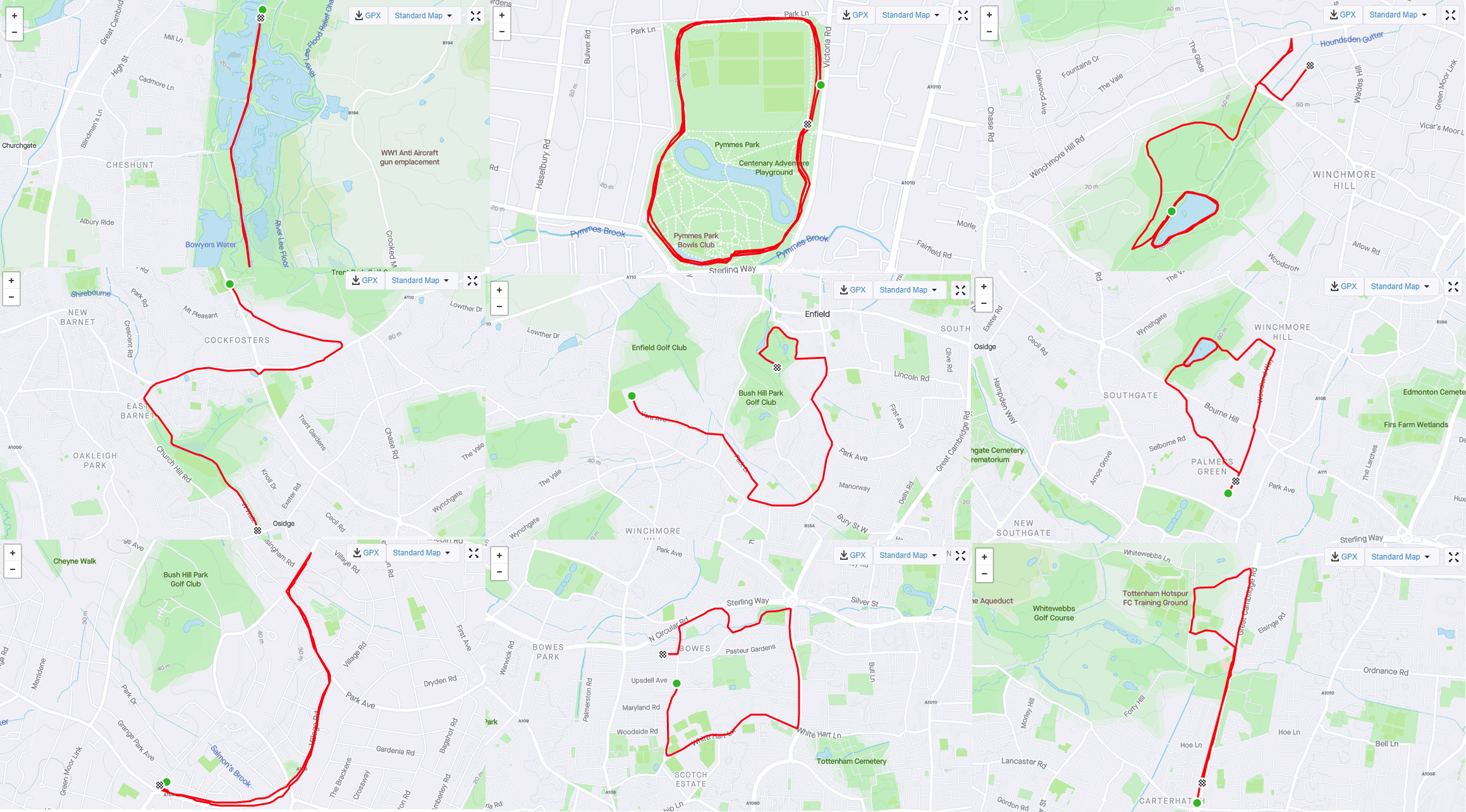 The second race in the annual handicap series saw no less enthusiasm than the one in May despite the continued running restrictions and the virtual nature of the competition.

38 club members took part (21 ladies and 17 men) plus a number of guests. In fact the guests provided some notable results (of which later).

After some number crunching (according to age-adjustment formula, which remains a closely-guarded secret) these are the results:

In terms of absolute times - Mark Bets obliterated the 5k distance with a superb time of 18:07. This is the fastest GC historical time although the virtual nature of this month competition prevents from recognising it as an official record. Just watch this man when he is back on the regular course!

Tim Luck ran a great PB of 18:20. He is not an ERC member right now (hopefully we'll see him back soon).

Unfortunately for the two aforementioned youngsters their years are not advanced enough to put them into the contention for age-adjusted victory (at least not yet). Top of the age-adjusted table remained roughly the same, but the margins are very narrow - so the overall title is still very much at stake.

Talking about the guest appearances. It looks like Monty did not realise that there was no prize for the number of family members you bring in the competition - he would have been an outright winner.

Also - check a special guest star appearance of a Serpentine runner Martin - the people there know how to run a fast 5k!

After the two races here is the total points tally:

Best three results count - so there is still time for a new contender to emerge from the shadows and take the series by storm.

There is a persistent rumour that the July race might not be virtual in its nature. Watch this space!